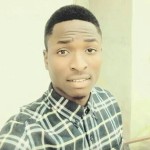 Following the reopening of schools in the state, the government released a new timetable to allow for the observance of COVID-19 prevention protocols in the schools.

According to the timetable, some pupils in both primary and secondary schools will have their classes between 12.00 p.m. and 3.00 p.m. from Monday to Friday.

But the state chairman of MURIC, Jimoh Alao, in a statement, said the new timetable does not allow Muslim students to observe the Friday service between 1.00 p.m. and 2.00 p.m., describing the situation as unfair.

He noted that pupils in upper basic classes at the primary and secondary school levels and their teachers were affected by the new timetable and urged the government to always consider Muslims’ rights when making policies that affect all.

Alao, in the statement, said: “Our attention has been drawn to the obstructive impact on Muslims, the staggered school attendance hours by the Ogun State government in its drive towards preventing the spread of COVID-19.

“As we commend the effort of the state government, we call its attention to how this timetable has obstructed both the teachers and students in public and private schools in the state from observing the Friday Juma’at prayers.

“As we demand that this anomaly be adjusted, we also ask that, henceforth, the state government should take cognizance of the impact of its policies on the sensitivity and rights of Muslims. The matter in question has become a recurring abnormality in Ogun State.

“As we await the Ogun State government’s acquiescence to our demand, MURIC urges all Muslims in the state to remain calm but alert to all matters of concern as we seek Allah’s aid against all acts of injustice against the Ogun State Muslim Ummah.”